The question whether we have a set of basic psychological needs whose satisfaction serves as a nutrient for growth and mental health is intriguing. In everyday language, the term ‘need’ is used in a rather lose way, thereby referring to specific desired attributes or outcomes. Children may say that they need a new game or adults that they need vacation to recover from work. The term need in these cases denotes the presence of a particular desire or preference, with these desires or preferences varying widely between individuals. Yet, when a need is considered basic, only a limited set can be considered. This is because within Basic Psychological Need Theory, one of the six mini-theories of Self-Determination Theory, the term basic psychological need is defined in a more specific and narrow way, that is, as a psychological nutrient that is essential for individuals’ adjustment, integrity, and growth (Ryan, 1995). In this framework, a specific desire can only be assigned the more formal status of a basic psychological need when its satisfaction is essential for individuals’ well-being, while its frustration increases risk for passivity, ill-being, and defensiveness (Ryan & Deci, 2000a; Vansteenkiste & Ryan, 2013). To avoid a proliferation of needs, the list of psychological needs in BPNT is limited to three: autonomy, relatedness, and competence (Deci & Ryan, 2000). This shortlist is and has always been open for additions, but any need-candidate needs to meet a series of nine conceptual and empirical criteria to achieve the formal status of a psychological need (Vansteenkiste, Ryan, & Soenens, 2020; see Table 1). Specifically, basic criteria of a need within BPNT involve its psychological, essential, inherent, distinct, and universal character, while its pervasive, content-specific, directional, and explanatory role represent a set of associated criteria.

Description of the Key Criteria of a Basic Need within Basic Psychological Need Theory (copied from Vansteenkiste, Ryan, & Soenens, 2020)

Since the publication of landmark contributions by Deci and Ryan (2000) and Ryan and Deci (2000), the empirical study of psychological needs has exponentially grown. Abundant research, some of which has been summarized in meta-analyses (Ng et al., 2012; Slemp, Kern, Patrick, & Ryan, 2018; Van den Broeck, Ferris, Chang, & Rosen, 2016; Vasquez et al., 2016; Yu, Levesque-Bristol, & Maeda, 2018), has now convincingly shown that these three psychological needs play a prominent role in development, adjustment, and wellness across cultures, while need frustration constitutes a risk for maladjustment and malfunctioning (Ryan, Vansteenkiste, & Deci, 2016).

The formal identification of a autonomy, competence, and relatedness as basic psychological needs yields three advantages. First, the identification of these needs allows scholars to grabble with the fundamental question what our human nature looks like. The introduction of these psychological needs is congruent with the meta-theoretical assumption of a growth-oriented nature, while also recognizing that we have a vulnerable nature. While need satisfaction energizes pro-active, prosocial and growth-oriented inclinations, need frustration awakens our vulnerabilities for passivity, self-centeredness, and defensiveness.

Second, this parsimonious framework allows for the study of a wide and very diverse set of phenomena across developmental periods, cultures, and personality differences. Within SDT, these needs help to connect different phenomena that are studied in different mini-theories, including the development and maintenance of intrinsic motivation (Cognitive Evaluation Theory), the gradual endorsement of externally offered regulations, norms, and attitudes (Organismic Integration Theory), the study of personality differences (Causality Orientation Theory), life aspirations (Goal Content Theory), and healthy and mature relationships (Relationship Motivation Theory). In this respect, need-based experiences serve as the necessary ‘glue’ between mini-theories, thus playing diverse phenomena in a more coherent whole.

Third, the introduction of these psychological needs has high applied value as need-based experiences are key in understanding the role of contextual influences on people’s motivation, engagement, and adjustment in diverse life domains. Today, considerable correlational and experimental evidence has been gathered which shows that diverse contextual influences serves as in-roads to the basic psychological needs and subsequent motivation, engagement, and well-being (e.g., Aelterman et al., 2019). Also, various interventions have been developed and tested, thereby either training socializing agents (e.g., teachers; Reeve, XX) to become more skilful in engaging in need-supportive practices or making more substantial and structural changes to the broader context (e.g., school cultures; Assor et al., XX), which feed into the way how socializing agents interact. is a full professor of psychology at Ghent University (Belgium). His research is focused on extending, refining, and applying self-determination theory in diverse life domains including education, parenting, sports, work, and health care. He has studied diverse key themes within the field of self-determination theory, including the interface between psychological and physical needs, the fostering of intrinsic and internalized motivation, the resourceful role of emotion regulation and mindfulness, people’s life aspirations, and the way how socializing figures promote or undermine motivation, well-being and growth. In doing so, he relies on a variety of experimental, correlational, and observational methods. With his close collaborator and friend Bart Soenens he has been developing a strong network of academics and practitioners, thereby seeking for an ongoing dialogue and cross-fertilization between research and its effective translation and durable implementation in practice. 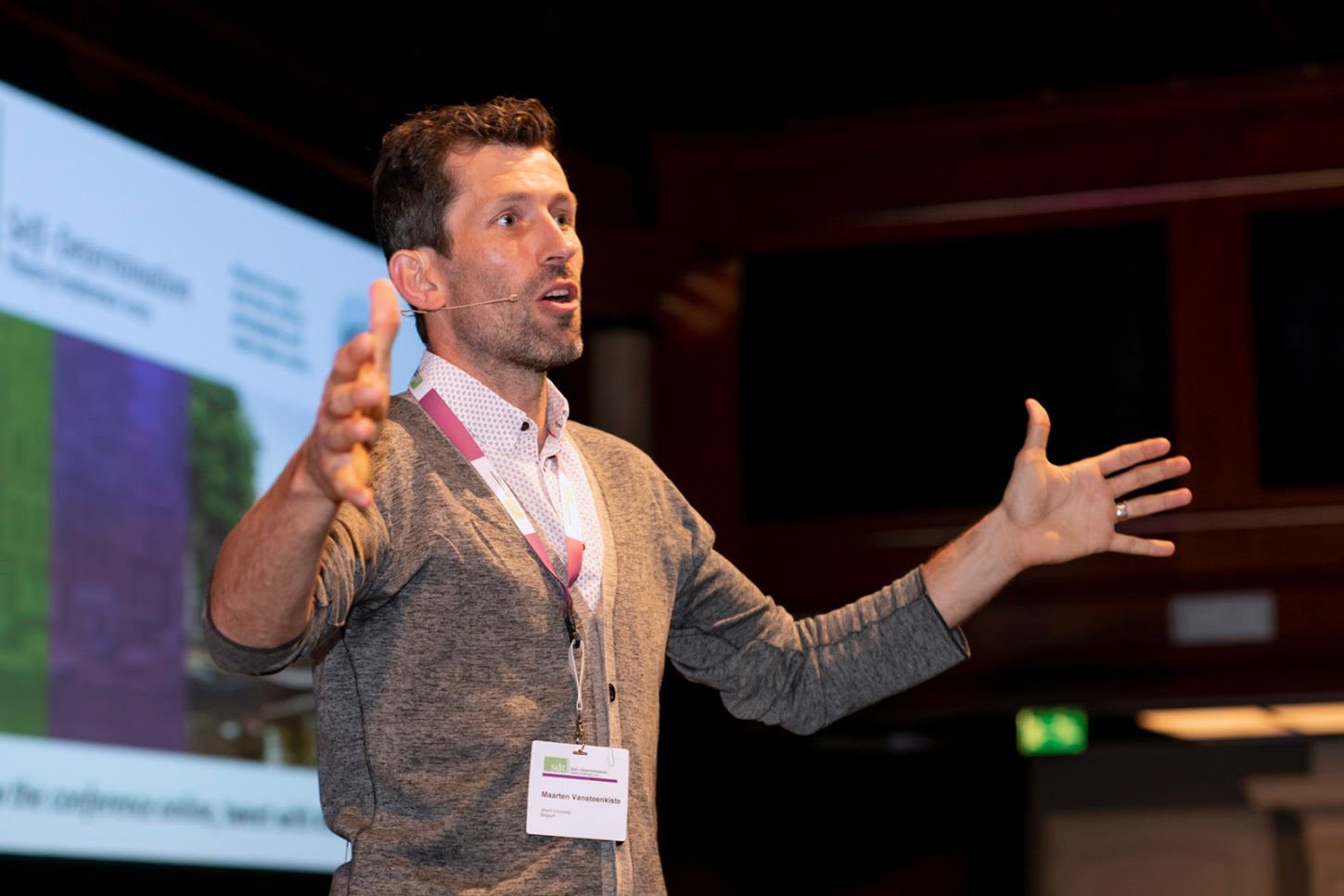 Overview Characterization of Basic Psychological Needs The question whether we have a set of basic psychological needs whose satisfaction serves as a nutrient for growth and mental health is intriguing. In everyday language, the term ‘need’ is used in a rather lose way, thereby referring to specific desired attributes or outcomes. Children may say that they...